When I was invited by Mario to his office to discuss with him an engineering solution for the idea he had in mind, I still remember all his co-workers sitting in front of us while we were sketching our thoughts with a pencil on a white board. It really was a standing brainstorming.

This structure is like a tent set inside a courtyard of an existing building in Milan. The idea was to let people move freely under bad weather letting rain to scroll down at the end of the glasses. In fact this is an open space, i.e. there are no walls and air can flow all around it. Special attention was given to the interfaces with the existing buildings, trying to minimize forces transmitted by the large metal catenary. The structure is so light that a rope system has been provided at its intrados to hold down in the case of wind suction. Finally glazing are pin-supported in four points to allow the catenary movements. 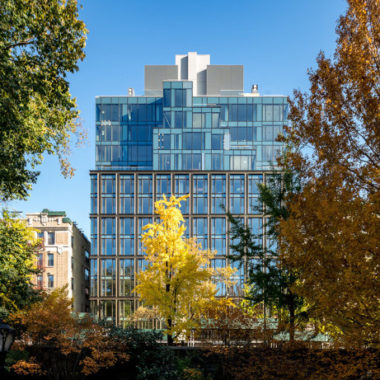 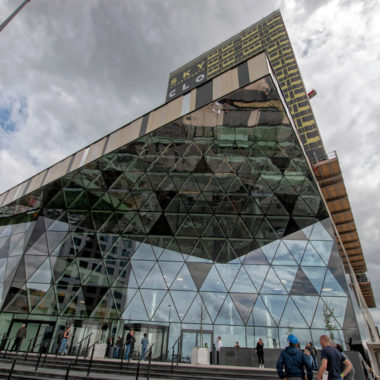